The music site The Rock And Roll Report has listed what they think are the best albums of 2014 and both "Them Feet" and "Them Buffalo" have made it into the list. And my song "June's Memory Lane" is mentioned as one of best songs of 2014.

Tom Levin continues to grow into his prodigious talent as a songwriter and performer. It’s hard to say if he’s approaching a zenith or continuing a long slow build to something even more renowned, but the fact that he has hit new heights is inescapable. In spite of several releases from artists I absolutely love in 2014, it is not stretching the point to say that Tom Levin’s "Them Buffalo" is the finest album I have heard in 2014. You will be hard pressed to disagree.
Wildy's World

The Porch Sessions "Father To A Son"

Interview and performing my song "Father To A Son" live on the streets of Örebro when The Porch Sessions visited Live At Heart in Sweden earlier this fall.

Them Buffalo - "work of art"

”Them Buffalo, his latest 10-track work of art. I use the phrase work of art here rather than record or album because it truly is one.” / … / ”Them Buffalo is nothing all too clean-cut – and that’s exactly how it should be. Levin is gruff, and he tells it like it is through accounts of love, bison, bearded men, and varying personalities. What results is a hauntingly beautiful, honest account of life.” Good Vibes Music Reviews

"Them Buffalo, proves to be a stunning record"

Tom Levin’s Them Buffalo, proves to be a stunning record that is filled with folk-rock tendencies. The music of Tom Levin will appeal to music listeners from all over the board…and with a songwriting talent like his, it is to be expected.
ModernMysteryBlog

"Tom Levin is an artist that has grown consistently with each album. His songwriting gets better and better. If he has an album out in any given year, it is bound to be one of that year's best, and Them Buffalo is no exception. Don't let 2014 go by without giving this album a listen."
The Certifiable Wenches

"An artist of depth and substance"

”No one will mistake Them Buffalo for a party album or an exercise in frivolous escapism: Levin is a deep thinker, and there is no getting around that. The people who have directly or indirectly influenced him are all deep thinkers”” / … / ”With the excellent Them Buffalo, Levin once again reminds us that he is an artist of depth and substance.”
IndependentArtistBuzz, Alex Henderson

Them Buffalo - "A very strong album"

"For the second time in a year, Swedish singer-songwriter Tom Levin has released a very strong album. When taken apart, the two albums of Them Feet and Them Buffalo truly show off the versatility in Levin’s writing style. When taken together, the two releases make for a very enjoyable listening experience."
Matheson's Entertainment Blog

Here you can listen to our live performance and the interview at Swedish Radio P4. With me I had guitarist and banjo player Rikard Carlsson.

Interview at SongsForWhoever (only in Swe)

Thank you Adam Börjesson, Kalle Persson, Brian Hobbs, Aimee Bobruk, Anders Börjesson, Carl Ekerstam, Johan Setterlind, Rikard Carlsson and producer team Dark Lama for helping me create, what I believe is, my best album so far. I am very proud of what we’ve achieved together and I hope that everyone that listens to it will like it as much as I do.

The album "Them Buffalo" is the second album that I release during 2014 and the twin album to "Them Feet".

Today I released "More Than A Song" the first single from my coming album "Them Buffalo" and it when straight to number 4 on Spindy TOP 100.

On the front page of Swedish Paper NA 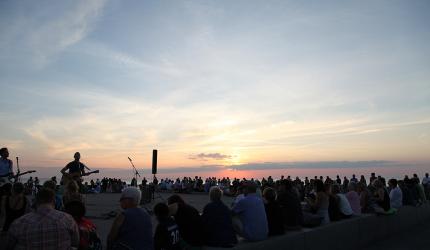 Thank you all about 500 people that had come down to "Hoppbryggan" i Västra hamnen to listen to me sing and play. It was a great experience.

I wrote the song ”King Neptune” in memory of the wonderful Magnus ”Mange” Olsson. I had the pleasure of working with Mange off and on in-between 1996 and 2009. He was a great source of inspiration with his positive energy and a role model in the way he treated every stranger like any old friend.

Premiere "Father To A Son" video at Drefvet.se

Today is the premiere of the video for my song "Father To A Son" at the music mag Drefvet.se

"Levin knows how to reach you, emotionally"

"Them Feet by Tom Levin is the type of album that is great to find every once in a while as the feeling in the music changes from track to track and keeps the album from getting stale. / ... / The one thing all of the songs on the album do have in common is the fact that Levin knows how to reach you, emotionally. Because of that, this is one release that definitely proves that Levin is a very good songwriter."
Matheson's Entertainment Blog

"He speaks the truth through his music"

"Tom Levin has produced brilliant sounds on his albums, along with clever lyrics. The artist sends off strong vibes of the realistic truth about his previous experiences with his own unique style. His sounds are quite similar to Johnny Cash, only a lot more modern and upbeat."
Andriana Anastasiades, New Reviews

"It is an intriguing, fascinating album"

"With an intoxicating, at times recalcitrantly fierce voice the Swede excels in a wide variety of genres such folk, acoustic blues, country, indie pop and 70s new wave songs like I Raise My Flag, Company Man and As Long as it's Good. With its dark undertone between faints thuds and hypnotic, rhythmic layers that stay on the good side of bombastic the positive feeling and a certain intimacy runs like a red thread through Tom's fifth album. It is an intriguing, fascinating album for which you will want to take time – one that slowly reveals its secrets."
Johan Schoenmakers, Altcountryforum.nl

"Just play it again, and again and again."

"I've put myself on a diet of just two plays a day: what a addictive record Them Feet (Cut The Mustard) by Tom Levin is turning out to be! / ... / this is not regurgitated Americana. Levin takes elements from his entire music history and uses them for his mostly pretty rhythmic songs. A gospel choir in Company Man, The Sound-like wave guitars in June’s A Memory, 80s synths and modern guitars in I Raise My Flag."
Hugo Vogel, AltCountry.nl 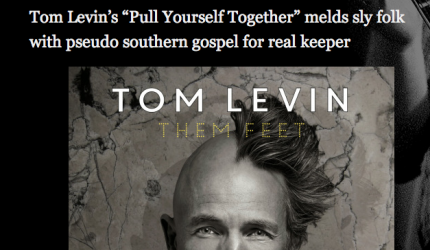 Pull Yourself Together - "A riot of a single"

”Like a twisted blend of Cracker, Tom Waits and Jason Isbell filtered through the sensibility of the Coens’ Fargo, Swedish artist Tom Levin defies the “sanctity” of genres with this riot of a single off his latest album Them Feet.”
HearHearmusic.com

"Tom Levin is a breath of fresh air"

"Tom Levin is a breath of fresh air, a thinking man’s songwriter with a distinct and powerful voice to match his songs. If you haven’t heard Tom Levin you owe it to your ears to get a hold of Them Feet."
Don Graham, Cashbox Magazine, Canada

"Pull Yourself Together" video at Popmani.se

Today is the premiere of the video for my song "Pull Yourself Together" at Popmani.se! 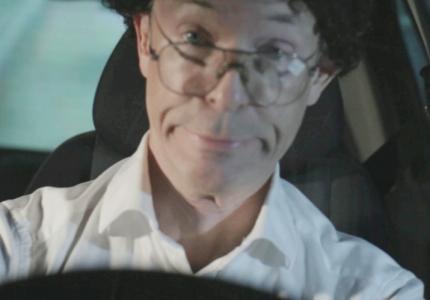 Characters in the Pull Yourself Together video

Monday February 24th the video for the song Pull Yourself Together will be released. It will be premiered at Popmani.se
Here are charecters featured in the movie.

The video was directed and edited by Robert Nordgren 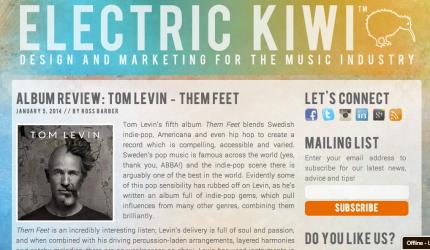 Them Feet is an incredibly interesting listen

"Them Feet is an incredibly interesting listen; Levin's delivery is full of soul and passion, and when combined with his driving percussion-laden arrangements, layered harmonies and catchy melodies, there are no weaknesses on show. Levin has used instruments in unconventional ways, which is truly refreshing to hear."
Ross Barber, Electrickiwi.co.uk 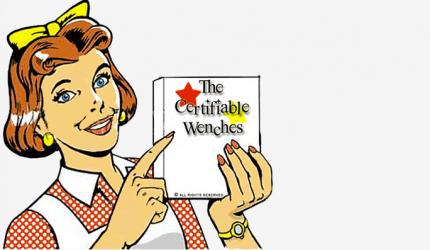 ”One thing that's consistent throughout this album is the quality of Tom's songwriting. His lyrics evoke a myriad of emotions. They make you think as well as feel.” /…/ ”Them Feet is a must listen for 2014. If you haven't heard Tom Levin, you are missing out on some great music.”
The Certifiable Wenches, The Mistress of the Dark 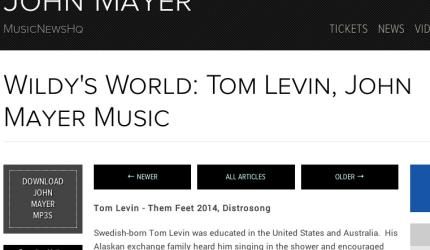 "Them Feet is not built on any measure of perfection, unless you consider the vitally accurate rendering of streams of the human heart as perfection. If you do, then Tom Levin has created as near to a perfect album as you could hope for. / ... / Levin’s lyrical style might be dubbed “conversational reverie”, as he mixes memories and moments into his current observations with a poet’s touch. The music is stripped down and accessible, but never fails to hide his pure pop genius.  Them Feet is brilliant in its imperfection."
Wildy's World

Them Feet on Stockholm College Radio

The single "Them Feet" has been picked up by Stockhom College Radio.

Thank you Adam Börjesson, Kalle Persson, Brian Hobbs, Aimee Bobruk, Anders Börjesson, Carl Ekerstam, Johan Setterlind, Rikard Carlsson and producer team Dark Lama for helping me create, what I believe is, my best album so far. I am so proud of what we’ve achieved and I hope that everyone that listens to it will like it as much as I do.

The album Them Feet is the first of two albums that I will release during 2014.

Review of Them Feet in Somethingelse Reviews

Tom Levin took a huge step back into the spotlight, after struggling for years through a bad record deal, with 2011’s Tooth and Claw. This new album consolidates everything that once made him a best-new-artist phenom – even as Them Feet explores new musical complexities.
Read the whole review

Album Review of Them Feet, Raiting 4,5 out of 5

The first review in the U.S. of my coming album (release date Jan 29). Thank you Andrew Greenhalgh for your great taste ;-)

"With Them Feet, Tom Levin continues to raise the bar for himself. Comprised of great songwriting that echoes from the heart and creative yet approachable arrangements that draw you in time and time again, the only crime here is that Levin’s name is not known more prominently. Give this one a listen; you won’t be sorry you did."
Read the whole review

New Video for the single "Them Feet"

The footage is from my resent trips to the New York and Toronto and from a friend of mine who fulfilled a dream of his by crossing the U.S. on a motor bike.

Radio in Holland is playing Them Feet

Radio Station Purmerend in Holland (103.3 / 104.9) are the first to start playing the new single ”Them Feet” in their program The Rootsy Mix. You can listen to their web radio at today at 8-9pm and on Sunday between 2-3 pm. http://www.rtvpurmerend.com/live/radio/

Today I released the first single ”Them Feet” from my coming album with the same name. The album .will be released January 29tn.